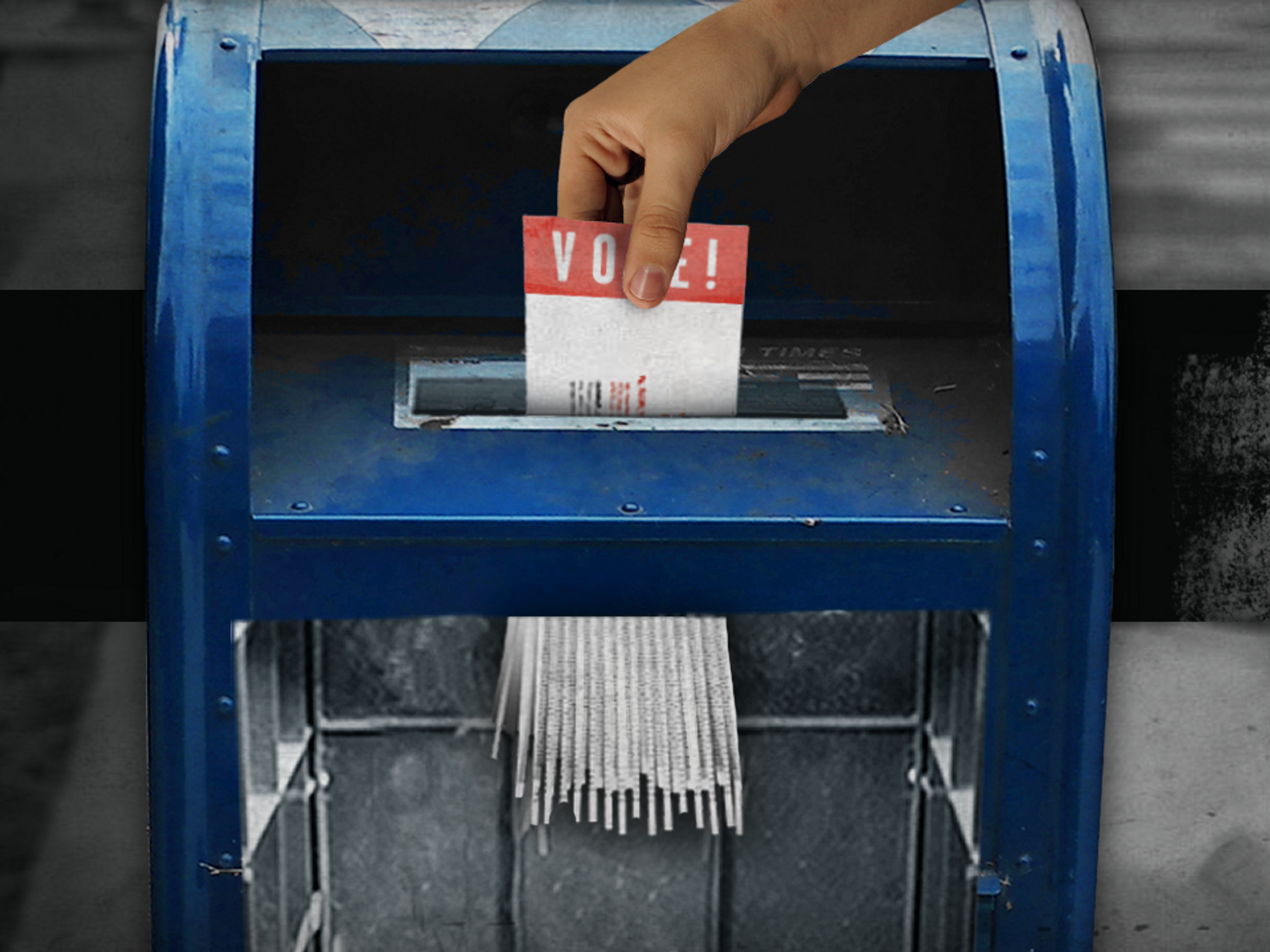 whatever it takes this time around. On tonight's special, we will expose how they are tweaking the state voting systems to make sure Joe Biden's path to victory is easier, including many states — I believe — rigging the ballot.

Tonight, we're going to show you how mail-in voting is already going off the rails in many states and in three weeks, you can bet the argument will be: "There was voter fraud on the right!"

WATCH ON BLAZETV: Election Hijacking: How the Left Is Ensuring Your Vote Doesn't Count

And they're going to be fighting in every swing state, with courts. With the hanging, pregnant or dangling chads.

Washington Post reported in August, that more than half a million ballots were rejected in the primaries, because of ballots that arrived too late or had voter errors. So no matter who you vote for, it's going to be a mess if you vote by mail.

Twitter announced it's going to expand its crackdown on misinformation surrounding the election and mail-in voting, according to the

Jack Dorsey, the company's CEO, said in an appearance on "The Daily" podcast last week that Twitter will "continue to evolve our policy to protect the integrity of the conversation around elections." That includes, he said, suspending any accounts that might engage in "particular egregious aspects of violations of the terms of service," even if it belongs to the President of the United States. "We won't hesitate to take action on the accounts and use every tool that we have together with that," Dorsey said.

If a social media channel belonging to Ben Shapiro, Steven Crowder, Mark Levin or myself gets "fact-checked" by Big Tech, the consequences could include a hard-strike, resulting in demonetization or the complete shutdown of the channel.

But it's not about the money. It's a warning shot.

First they take the revenue, which we use to help pay for our research and to get our voices to the masses. And then they take the platform entirely. It's a way to curtail the kind of content that we put out that they don't approve of because of an

Since Big Tech is so anxious for any reason to silence us, tonight's special will not be available on any other platforms and will air exclusively on BlazeTV for subscribers. If you are not already a subscriber, I urge you to join today. Use the promo code SAVEOURELECTION for 20% off.

WATCH ON BLAZETV: Election Hijacking: How the Left Is Ensuring Your Vote Doesn't Count

free newsletter to make sure you and I are not cut off from each other. Signing up is simple and easy, just enter your email address and we'll make sure you're up to date on everything you need to know for these crazy times.

To stand up to these

Tech Tyrants and continue to fight for freedom and liberty, we need your help to spread the message far and wide. To win this battle, you'll need to arm yourself with information but make no mistake about it, this election is not the end of the road.

In fact, it's just the beginning.

As the results most likely will not be known for days, weeks or quite possibly even months, I'm putting together a running list of stories that fall into three categories:

'I thought it was somebody playing a prank': Man finds dozens of ballots in California trash (Washington Examiner)

Petition for Writ of Mandamus

Affidavit of P.I. Mark A. Aguirre

Confessions of a voter fraud: I was a master at fixing mail-in ballots (New York Post)

Dems get Green Party kicked off ballot after pressuring petition-signers; 'voter suppression' alleged (FOX News)We'll continue to update this list as additional stories come in. If you see stories that you think we should add to the list, let us know in the comments section below, or email them to me HERE.

We need you standing with us as we stand with you. As Ben Franklin said, we all better "hang together," or we certainly will "hang separately."